Chia seeds are currently receiving a great deal of attention in the health community, and for good reason! These small, but mighty seeds are considered among the healthiest foods in the world, truly deserving of being called a ‘superfood.’

If you haven’t heard of chia seeds before, they come from the Salvia Hispanica plant, which is part of the mint family, and are native to Mexico and Guatemala. They are said to have been an important food to the Aztecs and Mayans. And due to their incredible health benefits, it’s no surprise as to why! Here are 12 reasons to add more chia seeds to your diet…

Chia seeds are among the best sources of fiber on the planet—offering approximately 11-grams per ounce. Depending on your age and gender, that’s about a third of your required daily intake!

If you’ve ever soaked chia seeds, you probably noticed how they develop a gelatinous texture. Dr. Axe explains that this occurs because of the soluble fiber they offer, which “can work as a prebiotic that supports the growth of probiotics in the gut.” Can Aid in Weight Loss

Because of their high fiber content, chia seeds may also aid in weight loss. Healthline explains that this is because “The fiber absorbs large amounts of water and expands in the stomach, which should increase fullness and slow the absorption of food,” in addition to reducing food cravings between meals.

It’s important to note, however, that no research has yet to conclusively prove this link. The source says, “just adding chia seeds to your diet is unlikely to affect your weight,” but that they may be a beneficial addition to your weight loss regimen. “In fact, adding chia seeds sometimes can cause you to gain weight because it’s a higher fat and more calories than say something like flaxseed,” says Julie Ching, registered dietitian. Beneficial for Digestion and Detox

Being a rich source of fiber also makes chia seeds beneficial for digestion, as “A diet with adequate fiber prevents constipation and promotes regularity for a healthy digestive tract,” which Medical News Today says is “crucial for the daily excretion of toxins through the bile and stool.” According to Medical News Today, “Increased fiber intake has been shown to lower blood pressure and cholesterol levels,” and due to their super high fiber content, eating chia seeds is one of the most effective ways to up your consumption.

Citing a review of “67 separate controlled trials,” the source says it was found that “even a modest 10-gram per day increase in fiber intake reduced LDL, or ‘bad’ cholesterol, as well as total cholesterol.” Yet another benefit of chia seeds’ fiber content is that it can lower a person’s risk of developing diabetes. How, you might ask? Because it “slows the conversion of carbohydrates to sugar and of sugar to fat during digestion,” which helps to maintain steady blood sugar levels, says Reader’s Digest.

In addition, the soluble fiber in chia seeds—which gives them their gelatinous texture when soaked in liquids—can also help to prevent spikes in blood sugar levels. In addition to fiber, chia seeds are a rich source of omega-3 fatty acids. “In fact,” Healthline says, “chia seeds contain more Omega-3s than salmon, gram for gram.” Unfortunately, however, these omega-3s are primarily ALA (Alpha Linolenic Acid), which the body struggles to convert into “active” forms of fatty acids (EPA and DHA) before it can be used.

This doesn’t mean you shouldn’t eat chia seeds for their omega-3 benefits, but rather that they should be consumed in combination with other sources of fatty acids including certain types of fish—like salmon, herring, and mackerel—and fish oil or algae supplements. Chia seeds are a great food for those who are being mindful of their carbohydrate intake, as they contain very few of them. Although nutritional information indicates that per one ounce serving of chia seeds there is 12-grams of carbohydrates, Healthline says, “…11 of those grams are fiber, which isn’t digested by the body.”

That means the net carbohydrate content of chia seeds is only one gram per ounce, which is very low, especially when you consider all of the nutritional benefits they provide! According to Dr. Axe, “chia seeds are one of nature’s richest high-antioxidant foods.” This statement comes as a result of a recent study out of Mexico, which found that “chia seeds had a total natural phenolic (antioxidants) concentration nearly two times higher than previously reported.”

These antioxidants help to protect the omega-3 fatty acids found in chia seeds from going bad, in addition to protecting the body against free radical damage, and “speeding up the skin’s repair systems and preventing further damage.” Chia seeds are an excellent source of protein for herbivores and omnivores alike! Just a one ounce (28-gram) serving offers 4.4-grams of protein, which equates to about 10-percent of your require daily intake.

Healthline adds that they also “contain a good balance of essential amino acids, so our bodies should be able to make use of the protein in them,” making them beneficial for building muscle, as well as reducing appetite, cravings, and the urge to snack between meals. Contain Plenty of Vitamins and Minerals

In addition to all of the aforementioned nutrients, chia seeds are also a valuable source of many vitamins and minerals. For instance, LiveStrong says they contain niacin and thiamine, B vitamins that are important for “turning the food you eat into energy and keeping your brain and nervous system functioning properly.”

Chia seeds also contain selenium, which “acts as an antioxidant to limit cell damage from free radicals and also helps your body absorb vitamin E,” as well as manganese and phosphorus, minerals that are beneficial for bone health, among other things. And what’s more is that, unlike flax seeds, chia seeds don’t need to be ground to obtain these nutritional benefits, so you can enjoy them in their natural form. Oh, and they’re gluten free—bonus! It might come as a surprise to you, but chia seeds are a significant source of calcium! In fact, BBC Good Food says, “A 25 g portion of chia contains 157 mg of calcium…more than that in 100ml of milk.”

This high calcium content, along with minerals like manganese and phosphorus (mentioned previously), makes chia seeds beneficial for the maintenance of teeth and bone health. Additionally, chia seeds contain boron, which Dr. Axe says helps to metabolize these nutrients “for healthy growth of bones and muscles.” It is said that Aztec warriors used to eat chia seeds for sustained energy and endurance. In fact, Dr. Axe says “just one spoonful of chia could sustain them for 24 hours.”

While this may seem a little far-fetched, a recent study has found that “chia seeds enhanced exercise performance for workouts that lasted 90-minutes the same way a sugar-laden sports drink would, but without all the unhealthy sugar.” Although this is just one study, and more research is certainly needed to confirm, these findings align with information that’s been uncovered about this ancient culture. It’s no wonder chia seeds are often referred to as the Aztec “running food.” 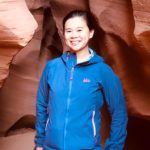 Julie Ching is a Registered Dietitian and Certified Diabetes Educator in Los Angeles. She decided to become a Dietitian after traveling through Europe, South America, and Asia and discovered a passion for food. She now works with people of all ages and varying disease states to improve their health. She is passionate about teaching people about nutrition so they can live their best life while still considering their cultural and socioeconomic backgrounds.